The potter lives in a close alliance with nature because he bases his work on the four elements:
earth, water, air and fire.
Each ceramic work comes into being through this dialogue between man and nature. ”Beauty” modestly steps into the picture, as a search for meaning and a space of freedom that is part of our personal journey but also demands a continuous interaction and interchange with the feelings of others, thereby becoming communication.
Clay comes from the earth and is moulded by the hands to create and design new spaces, forms expressing the potter’s sensitivity and imagination.
Water makes the dry clay soft and workable.
Air dries the piece after shaping, preparing it for the first firing.
Minerals from the earth are finely ground to make glazes, giving the pieces a vitreous coat of many colours and decorative effects during the second firing.
Fire gives the work its final form, transforming the clay into a new and highly durable ceramic material.
The potter must take the time needed in the various stages of his work to transform the material: preparation, shaping, drying, decorating, firing; it becomes the rhythm of his life. 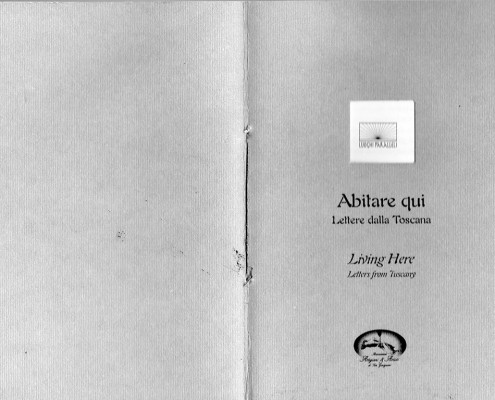 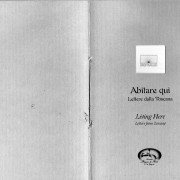 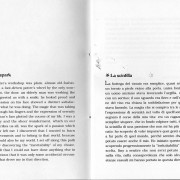 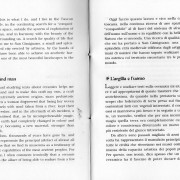 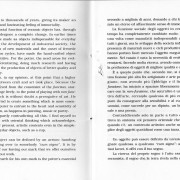 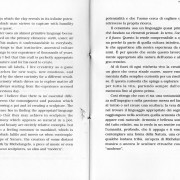 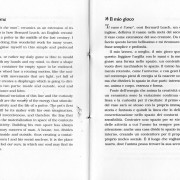 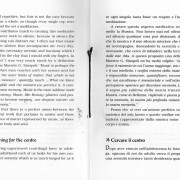 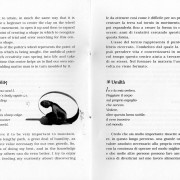 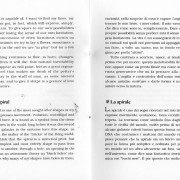 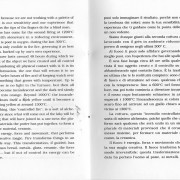 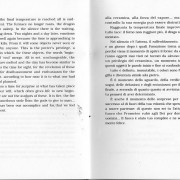 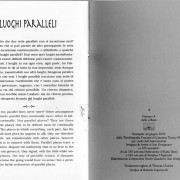 The potter’s workshop was plain, almost old-fashioned, with a foot-driven potter’s wheel by the only source of light, the door; an elderly man was working the clay. He greeted us with a smile; he looked proud and the expression on his face showed a distinct satisfaction with what he was doing. The magic that was taking place through his fingers and the expression of serenity on that man’s face plotted the course of my life. I was a small boy and the sheer wonderment, which in our depths strikes us all, was the spark of a passion which has never left me: I discovered that I wanted to learn those movements and to belong to that world, because I felt it could also be my world. I set off along this path gradually discovering the “inevitability” of my choice, until I felt that I could not have done anything else in life, conscious that it was only some accidental circumstance that drove me in that direction.
Today this is what I do, and I live in the Tuscan countryside in the continuing search for a “compatible” human space, outside the system of exploitation of man by man, and in harmony with the beauty of the Nature surrounding us. A search for quality of life that has brought me to San Gimignano, a small and splendid medieval city erected by artisans, by the hands of men who have been able to achieve an aesthetic harmony with one of the most beautiful landscapes in the world.

Reading and studying texts about ceramics helps me to understand and to make this craft my own, a craft that has extremely ancient origins, since prehistoric times, when a woman discovered that lining her woven leaves vessels with mud taken from a river, kept their contents fresher, and in the aftermath of an incident, a fire, she realised that, as by incomprehensible magic, that same earth had completely changed in colour and consistency, becoming a new material, stronger than woven rush.
Since then, thousands of years have gone by and terracotta represents the principal artefact of almost all civilisations that we find in museums as a testimony of the artistic capabilities of the most ancient peoples. For this reason I often comment ironically that a ceramic object has the allure of being able to endure from a few seconds to thousands of years, giving its maker an ethereal and fascinating feeling of immortality.
The social function of ceramic objects has, through time, undergone a complete change. In earlier times they were made as objects indispensable for everyday life, but the development of industrial society, the invention of new materials and the onset of frenetic production cycles, have made the hand-crafted object uncompetitive. For the potter, the need arose for evolving, differentiating, doing much research and having as a goal the production of objects of better quality and originality.
It was, in my opinion, at this point that a higher fusion between craft and art took place, because the artisan, freed from the constraint of the function, started to range freely, to the point of playing with non-function, which is without doubt a prerogative of art. He thus started to create something which is more essential and purer to entrust to the heart and sensitivity of other men, as happens in painting, music or poetry.
Only partly contradicting all this, I find myself in harmony with oriental thinking which acknowledges, whenever present, artistic contents even in the simplest of everyday objects, such as a cup.

An object can be defined by an action: handing something over to somebody “cum signo”. It is by means of our leaving our mark that we offer ourselves through our work.
The search for his own mark is the potter’s essential act; the sign which the clay reveals in its infinite potential, and which man strives to capture with humility through his quest.
The potter uses an almost primitive language because it is based on the primary elements: earth, water, air and fire. This makes it understandable to everybody, since it belongs to that instinctive, ancestral culture which belongs to our experience of thousands of years. This is why 1 feel that this craft is perfectly appropriate for man’s nature and for his need to create.
Aside from all labels, I live creativity as a game which searches for new ways, new emotions, and which is fed by the sheer curiosity for a different result. It is this curiosity which drives us to explore matter all our lives, always starting from the experience accrued up to the previous day.
Therefore I believe that there is no essential difference between the commitment and passion which goes in throwing a pot and in creating a sculpture. The true difference lies in finding the appropriate language of signs so that they may achieve in sculpture the same harmony which appears so natural in a pot. Harmony and beauty are entirely relative concepts, but I believe in a feeling common to mankind, which is deep and which fulfils and moves us when contemplating a shape of Nature, the creation of some distant tribe, a work by Michelangelo, a piece of music or even some Etruscan sculptures, so slim and “modern”.

“The pot is the man”, ceramics as an extension of its maker: this is how Bernard Leach, an English ceramist, defined a potter in the middle of the last century. I have been doing this wonderful work for many years and I recognise myself in this simple and profound sentence.
My work, or rather my daily game is this: to mould the clay with my hands and my mind, to draw a shape in space, a container for empty space to be enclosed. The potter’s wheel has a rotating motion, like the universe, and with movements that are light, yet full of energy, one creates a diaphragm which is going to divide space in two parts: inside and outside, soul and body, substance and form.
The continual variation of this line and the curiosity for the result are the source of the energy that stimulates the creativity and the life of a potter. The pot’s first contents will be its maker with his own imagination, history and inventiveness, and therefore the line that defines it is the materialisation in space of the contours of his sensitivity. Building his own space has always been a primary concern of man. A house, too, divides space into inside and outside, thus creating a container for his own I and his social nucleus. It is the place we want to feel our own, in which our soul may find its second skin.

Clay is an inert material that the course of millions of years has turned to powder from a hard feldspathic rock and which soaked in water becomes plastic and malleable so as to fulfil, like the genie of the lamp, any whimsical desire in its encounter with the sensitivity and the capacity of man to give it a shape.
The rotating motion of the wheel provides the necessary energy for this swift transformation which appears magic to the eye of the spectator, as though the actor were not present and the earth underwent a natural metamorphosis. The potter’s movements are so discreet and light that they almost go unnoticed when compared with the material which without pause evolves up to its final shape in which it will be left.
When working at the wheel, I like to create movements that have harmony and lightness like an essential dance, devoid of superfluous gestures. Constantly learning. I have come to realise that this is an important point: to reach the essence of the process of cause and effect. The greater the knowledge of the material and the technique for working it, the simpler one’s movements become. The potter is both the actor and the spectator of the magic that takes place within his hands. 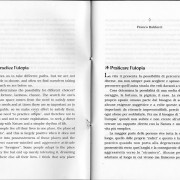 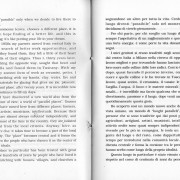 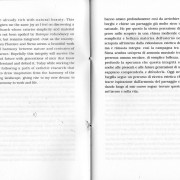 My shadow and I.
To lay one’s body against
one’s blinding
pride.
To look for,
beyond this sharp edge,
A real encounter
with the world.